OPB, how can I explain it; I’ll take you frame by frame it. ‘O’ is for Other, ‘P’ is for People, but the last, ‘B’, is not that simple. It’s a four letter word rhymin’ with log and dog. I won’t get into that, I’ll do it sorta properly. I’ll say the last B, hmm, stands for … bloperty.

No it doesn’t. It stands for blog. I write for other peoples’ blogs now. And with such current references and high-end parody skills, who wouldn’t want me to write for their blog?

I Heart PGH is run by Lindsay Patross, who has been doing the local blog for a minute now. Her post from September 29, 2005, is a plea for readers to find I Heart PGH on Friendster, that’s the kind of cred she has. She recently sent out a call for collaborators and about a dozen or so interested people showed up to TechShop last week where we threw around ideas for what we could all write about. Not only was it really fun, but it’s also where I heard about the Vacant Home Tour. So I did some research and the preview is up now. Go read it! There’s a video! 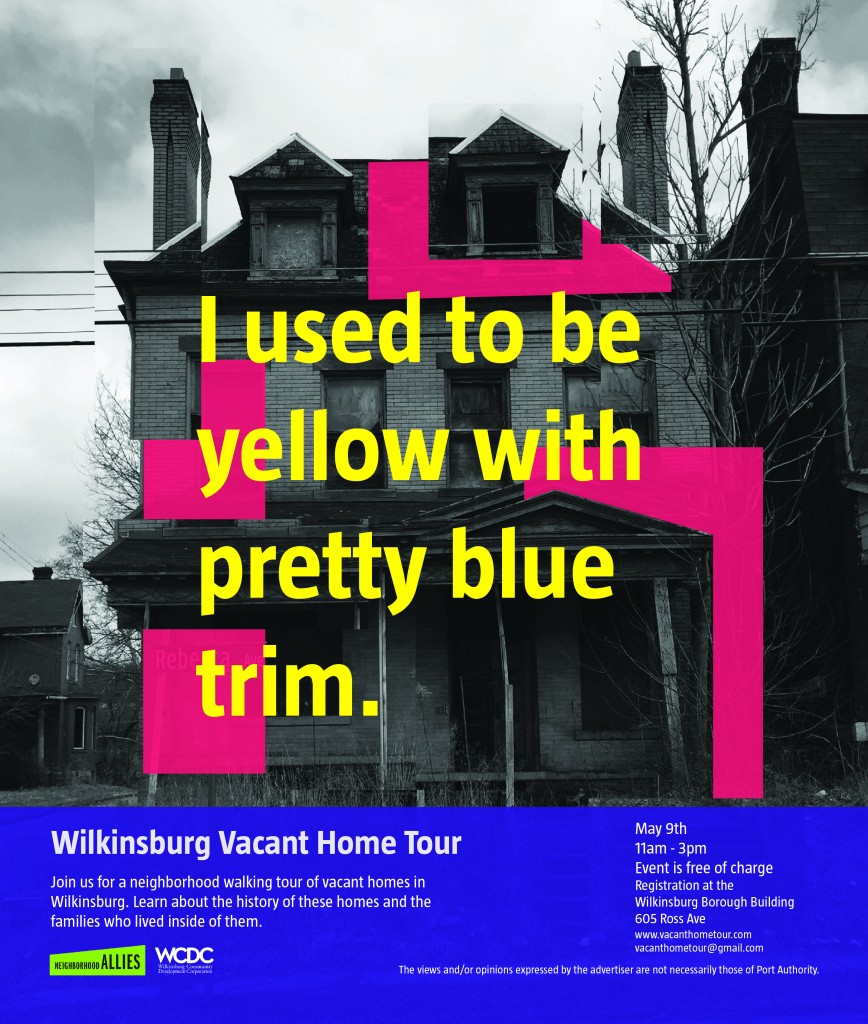 Poster for the 2015 Vacant Home Tour

I also plan on taking the tour and writing a follow up. So if you take the tour, look for me, I’ll be tall, bearded, wearing a Camelback, working up the nerve to talk to strangers about what they think about the tour. You could be quoted!