One night a few weeks ago I was trying to get home after a very late night (or early morning?) at work. I had worked so late that they closed the Squirrel Hill tunnel so I had to make a last-minute change to my usual route home. Instead of going underneath Squirrel Hill I had to go over top of it and along the way I noticed a glowing shard, a crystalline monument shining on an otherwise dark campus.

I rarely pass through this area and hadn’t noticed this bit of sculpture before so I had to put the pieces together by myself. Approaching the sculpture I noticed it was made of glass block, then that these glass blocks were filled with pop tabs.

Now puzzled, I slipped into one of the openings. Once inside, your view to the outside is completely obscured by the glass blocks, arranged in 6 overlapping “check-mark” shapes. I wandered to the center and read the inscription on the ground, which had one word that gave it all away: “Holocaust”.

A wash of realization swept over me. The “check-marks” overlapped in such a way as to make a Star of David. And the pop tabs … there must be one for each of the 6 million Jewish lives lost during the Holocaust. It was overwhelming; for that to be true, each block would have to have … over 6,000 tabs in each and every block. I walked around and did some counting, wondering if the numbers 7, 9, 20 or 960 have any significance in the Jewish religion, what it meant that the points of the star extended slightly outside of a circle, and eventually came to the conclusion that I just didn’t know enough about Judaism to speculate about any further symbolism. But one thing that made an impression on me, and would make an impression on anyone, is being inside, unable to see out for the tabs. Each one is insignificant on its own, easily overlooked. I wouldn’t have stopped my car on my way home after a long day at work to inspect a single pop tab, or even a pile of pop tabs. It was sheer volume that gave the pop tabs their power.

(For the curious, here are a couple of blog posts and a newspaper article I came across while trying to find out if there was any more symbolism behind the numbers. I couldn’t find any better information, so if you know don’t hold back)

You can see this design tool at work in other memorials. There’s the New England Holocaust Memorial in Boston that has numbers etched into glass representing each of 6 million lives.

I’ve also experienced it at the Vietnam Veteran’s Memorial on the mall in Washington, D.C., which I’ve written about here. It’s easy to underestimate the effect until you experience it in person, but judging by the people who originally protested the memorial before having their minds changed by walking through it firsthand, those who experience it never forget it.

I myself have been trying to come up with a way of using this to raise awareness of the crisis in the VA hospitals. I’m still trying to wrap my head around the problem myself, but the short of it is that there is a huge backlog of veterans that need medical care. By some measures [link downloads PDF] Pittsburgh is among the worst at processing claims. I did some napkin-level calculations and, by assigning the worst performing hospitals a larger share of the national backlog, determined that Pittsburgh would have to process about 14,000 claims in order to be doing it’s part.

14,000 is a lot, but how do I represent that in a way that people will understand? Well, for starters, it helps that the nearby Petersen Events Center seats about 14,000, so that has helped me contextualize what a huge problem this is even when broken down from a national to a local level. Something else I’ve learned that helps me to visualize the problem is that each and every veteran has an entire legal file box devoted to their claim, sometimes more. 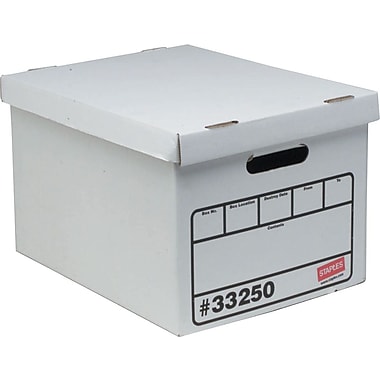 Trying to imagine what 14,000 of these boxes would look like, their weight, the space they take up and how you would be able to arrange them, that has given me some ideas as well. I’m still struggling to get a grip on the problem, much less the solution, but I think I have identified the building blocks. I want to explore what it would be like to turn the Petersen Events Center into a claims processing center. How would it look if every seat in the Pete was filled with veterans and their claims boxes? What changes to the architecture would have to be made in order to accommodate this? I don’t have many good answers yet, but I’m hoping to look at it more in the future. In the meantime, feel free to let me know if there are any “strength in numbers” memorials that I’ve missed.

3 thoughts on “Strength in Numbers”